Chair of Structural Analysis and Dynamics 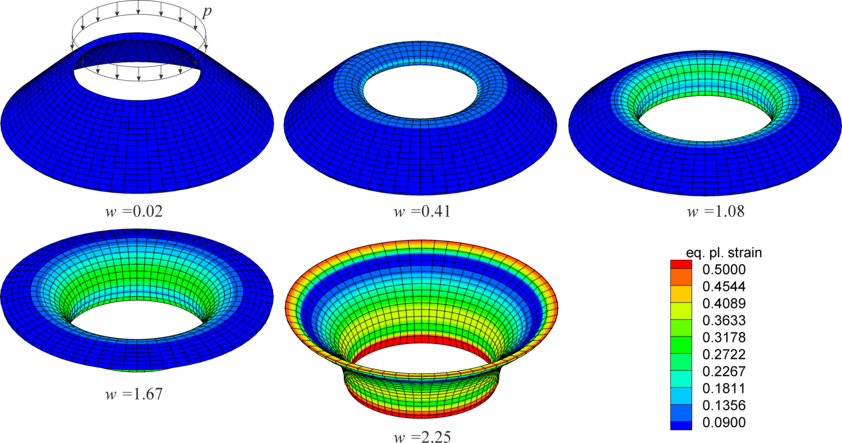 In the context of the Finite Element Method the development of shell formulations is a classical field. Various formulations have been developed in the last decades. The research focus of the Chair of Structural Analysis and Dynamics lies in the field of so-called solid-shell formulations. They are surface oriented models which take the top and bottom surface of the shell into account. They appear as solid elements but are based on a shell theory and therefore they allow analyzing thin spatial structures.

In the figure above, a conical shell at different deformation states with a plot of the equivalent plastic strains is shown.